Hippocrates, a Greek physician born in 460 B.C., is considered the father of Medicine. Hippocrates stated that there are two ways of treating ill health, the Law of Opposites and the Law of Similars. In 1796, a German doctor, Samuel Hahnemann based his approach to healing on the principles of the Law of Similars set forth by Hippocrates. And thus, homeopathy was born. The word homeopathy comes from the Greek words homoios and patheia which translates into “similar suffering”.

Homeopathy is based on the principle that “like cures like,” and therefore utilizes the Law of Similars. Suppose a person has a cold with watery eyes and a burning nasal discharge. According to the principles of homeopathy, these symptoms represent the body’s attempt to restore itself to health. If a substance can cause symptoms in a healthy person, then it can stimulate self-healing of similar symptoms in a sick person. The remedy Allium Cepa (Latin for onion) might be given because onion is known to cause watery eyes and a burning nasal discharge. This is how homeopathy utilizes the Law of Similars. Practicing the Law of Opposites, a cold would be treated by giving a drug to dry mucous in the nose, a different drug to bring down the fever, a cough syrup to suppress the cough, or something to ease the headache.

Homeopathy treats the whole person (physically, emotionally and mentally) and sees each person individually. Each of us suffers from health conditions in his or her unique way. Homeopathy looks at the person’s unique symptoms: Is the person chilly or hot? Is the nose running or stuffed up? What color is the discharge? Did the cold come on after stress, anger, or loss of sleep? The complete picture of how the person is manifesting the condition is looked at from a truly holistic perspective. Homeopathic remedies are chosen based on the best match to the person’s unique set of symptoms. 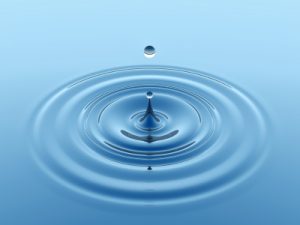 Two hundred years of clinical experience along with modern research published in The Lancet (10/86), Pediatrics (5/94), British Medical Journal (2/9/91) and British Journal of Clinical Pharmacology (3/89 & 9/80) have confirmed homeopathy’s effectiveness, including double-blind clinical trials. Homeopathic remedies are not tested on animals. They are only given to healthy humans in order to understand the healing properties of a particular remedy.

The use of homeopathy is advocated by the World Health Organization. It is commonly used in Germany, the United Kingdom, France, India, Israel, Brazil, Canada, the Netherlands, Greece, Australia, New Zealand and Russia. There are homeopathic hospitals in London, Scotland, Moscow and India, not to mention scores of homeopathic clinics. Homeopathy has been the modality of choice for generations in the Royal Family of Great Britain, Mahatma Gandhi, Mother Theresa, and Paul McCartney of the Beatles. American consumers of homeopathy have been Mark Twain and John D. Rockefeller, Sr.